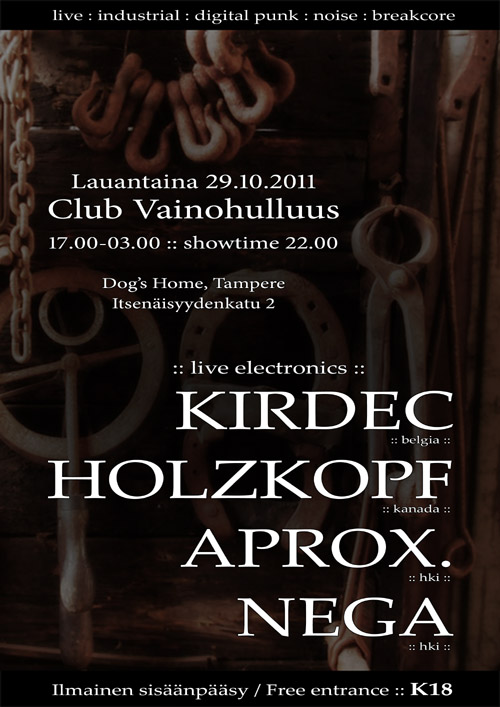 Cedrik Fermont (aka C-drík Fermont, C-drík, Cdrk, Kirdec, Y-drík, M-drík, F-drík and many other "-drík") is a multifaced vegan artist, academically trained musician, dj, singer, composer and drummer ; he is electroacoustic composer Annette Vande Gorne former student (Conservatory of Mons, Belgium). Of Greek, Zairian and Belgian descent, born in Zaire (RDC), he lived in Belgium, the Netherlands and relocated to Germany in 2010.

C-drík started his first project in 1989 and juggles in between many projects and genres such as electro, noise, breakcore, digital punk, electro-acoustic, industrial, ambient, free jazz, hip hop, etc. 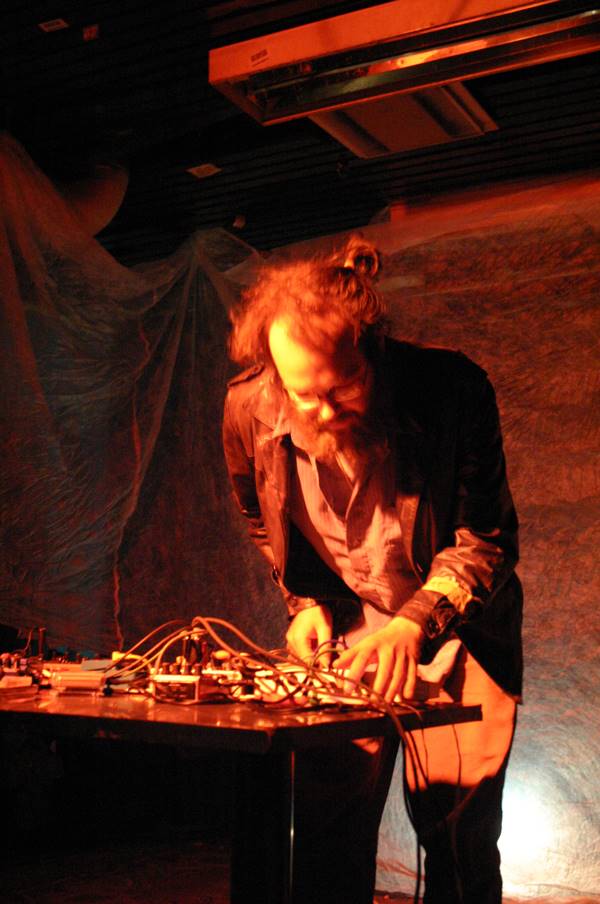 Since 2001, Holzkopf has been developing a style of hypnotic and frenetic dance music made from a mishmash of homemade tape collages, blown out drum machine beats, dumpstered Chinese pop cassettes, raw data noise, barely controled feedback and smashed and grabbed found sounds. The sound is remenicent of proto-industrial, disco, hip-hop, global psychedelia, gospel and breakcore synthesized into a complete unique whole unlike any one component part. This is futurist and anarchist music made on cheap gear, recorded live to tape or dusty old hard drives.

"Whether you call it self-expression or just self-indulgent, there's no denying the disquieting, invigorating impact of this kind of outsider art." (The Wire)

Jake Hardy’s music is always evolving. Under the Holzkopf moniker, the Saskatoon-based sound artist conjures tidal swells of feedback, shambling, stumbling rhythms, and melodies as fresh and ingenious as your favourite Autechre song. And then he edits the shit out of them. (BeatRoute) 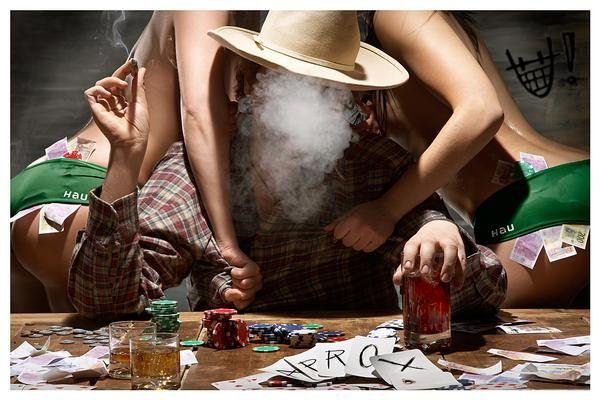 APROX. (founded 2002) is the alternative pop project from producer Human Chocolate. The music ranges from minimal vocal electro to industrial, hiphop and IDM. The musical consepts have been drawn from theatrical influences. APROX. is neither pop nor avantgarde but is a species unto it's own! Cosmopolitan tunes for your every precious need. -LOVE and UNDERSPANKING, yours truly, Human Chocolate